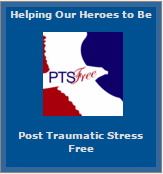 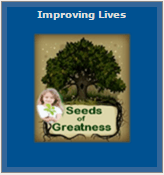 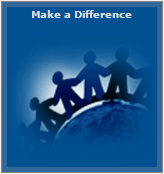 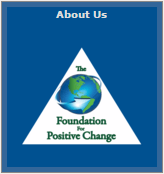 The PTSFree Project is bringing healing and hope to our heroes; those brave men and women who have stepped up to the plate to serve their country or community and are now fighting a battle that, without effective treatment, may never end.  Post Traumatic Stress Disorder (PTSD) is a devastating response to the traumas of war and tragedy which studies show continues to have an adverse effect unless the issue is addressed and successfully treated.

PTSD affects as many as 7 million people in the United States. It is especially high among veterans and active duty military personnel who have experienced war, first responders, disaster and emergency workers, and victims of domestic violence, sexual abuse or rape.

The Effects of PTSD are:

According to the Experts, PTSD Occurs in:

Though PTSD is most closely associated with the battlefield, it is rampant among first responders who regularly witness the horrors of destruction and death, and among women and men who have been victims of sexual assualt, which is a big problem in the military and in the civilian world.

Of First Responders, it is Estimated That:

In general US population, the prevalence of PTSD is around 6.8% overall. Reported rates among crime victims are between 19% and 75%, and rates as high as 80% have been reported following rape.

PTSD is a huge and growing problem, partly as a result of two of the longest wars in history. Never before have we sent our service men and women into battle five, six, seven or more times as has been the case in the Iraq and Afghanistan wars. Never before have so many veterans returned home in need of treatment they cannot get through the Veterans Administration or some other government program.  Never before have so many deserving heroes and their families continued to suffer without relief.

Research reveals the effect of PTSD on family and other close relationships to be severe and pervasively negative effects on marital adjustment, general family functioning, the mental health of partners, compromised parenting, family violence, divorce, sexual problems, aggression, caregiver burden, conflict in the workplace, the inability to hold a job which creates financial burdens, and the list goes on and on. PTSD is also considered a strong risk factor for crime and substance abuse. It impacts us all.

The  economic cost of the PTSD and depression cases among Operation Enduring Freedom and Operation Iraqi Freedom veterans alone (including medical care, lost  productivity, and lives lost through suicide) is estimated at $4 billion to $6 billion over just 2 years (2010 and 2011).

The annual cost to society of PTSD is estimated to be significantly over $42.3 billion. This includes psychiatric and nonpsychiatric medical treatment costs, indirect workplace costs, mortality costs, and prescription drug costs. And that's just the monetary costs, which seem insignificant compared to the cost in human suffering which spreads far and wide.

Our long term goal is to provide effective treatment to all types of PTSD sufferers. But today and for as long as it takes, we are focused on the healing our heroes because the need is great and growing. It now borders on epidemic proportions and as military personnel return from Afghanistan the problem will continue to escalate.

The number of diagnosed cases of PTSD in the military has already jumped 50% in the past year – and that’s just diagnosed cases.  It is estimated that at least half of veterans, and perhaps more of active duty personnel, who have PTSD do not report it for fear of being stigmatized as "mental patients" or because they believe there is no real cure.

These therapies are designed to minimize the intrusion, avoidance, and hyperarousal symptoms of PTSD by some combination of re-experiencing and working through trauma-related memories and emotions and teaching strategies for managing trauma-related stressors. And, while most of these methods provide some relief, the dropout and non-response rates in studies of these current empirically supported treatments for PTSD reveal that these therapies do not successfully treat a large percentage of patients (Schottenbauer et al. 2008).

There is a better way and it is this we are working to make available to veterans, military personnel, first responders and emergency workers. The method is called Rapidly Accelerated Mind Patterning (RAMP). It has a 23 year history of unprecendented success (97%) and where most treatments take weeks, months and even years, RAMP provides complete relief and release of symptoms in hours. In many cases complete relief occurs in as little as an hour.

Equally important is the fact that this method is effortless and pleasant. Many describe it as enjoyable. The ease and speed of RAMP makes it a viable option for active duty service members as well as veterans. They can get treatment quickly, inexpensively, and completely confidentially.

We are currently co-sponsoring independent research to prove the efficacy of the RAMP method for combat related PTSD.  Upon completion of the study, we will sponsor scholarships for RAMP training for mental health professionals, clergy and base chaplains so tens of thousands of PTSD sufferers can be successfully treated and live the trauma free lives they so richly deserve.

Noah Pierce's mother reads the note her son left in his truck. In increasingly uneven handwriting, he tells her that he is getting drunk because he must to carry out his last mission. He tries to communicate the depth of the psychological pain which his mother says killed him "from the inside out." His note ends with, "I have taken lives. Now it's time to take mine."

"Mine" is the last word Noah Pierce would ever write. This is the word from you see in HBO's documentary, Wartorn: 1861-2010 which takes you through Noah’s last moments as he wrote that last word, laid the note down and pickup up his dog tags and a gun. He placed his dog tags against his temple, held them in place with the barrel of the gun and pulled the trigger.

The truck Noah died in is still parked in his family’s driveway in Gilbert, Minnesota; its rearview mirror shattered because Noah couldn't stand to look at his own face. His mother still has the dog tags which are severely distorted by the bullet which tore through them on its swift way to her son's brain.

Noah was suffering from a condition we now call post-traumatic stress disorder, or PTSD.  This is not a new problem. As the documentary, Wartorn:1861-2010, makes tragically clear, PTSD is as old as warfare itself. The documentary, produced by actor james Gandolfini and HBO's Shiela Nevins, reveals the institutional skepticism and ignorance that have thwarted adequate treatment of PTSD from the days of the Civil War right through the Iraq and Afghanistan wars.

The film aired on Veterans Day in 2010 and ran through December 7th, the anniversary of the attack on Pearl Harbor. It explains that back in 1861 during the Civil War what we now call post-traumatic stress disorder (PTSD) was considered a form of insanity and was called "hysteria" or "melancholia." During World War I, it was called "shell shock." By World War II, it had taken on the absurdly understated label of "combat fatigue" as if all a mentally and emotionally shattered GI needed to get back on track was a little rest. Then, as now, PTSD didn't always result in suicide, but it almost always left scars, many of which lasted a lifetime.

The tragedy of PTSD is that, unlike visible physical injuries, it often goes untreated and unhealed. And where many physical injuries heal given time, even when untreated, history tells us the same is not true of PTSD. In fact, if left untreated, PTSD tends to worsen. The result is shattered lives.

Noah’s story repeats itself an average of 22 times every single day according to Veterans Administration estimates.

Let's not stand on the sidelines as watch as those who have served our country so valiantly lose the battle at home as Noah did. Let's step up and be heroes to our heroes. We can and must help!

Studies have shown that the following percentages are likely to suffer from PTSD at some point in their lifetime. Approximately:

The problem is immense. Please help us bring healing and hope to our heroes, perhaps someone you know and love.

They fought for our freedom, Let's help them regain theirs.